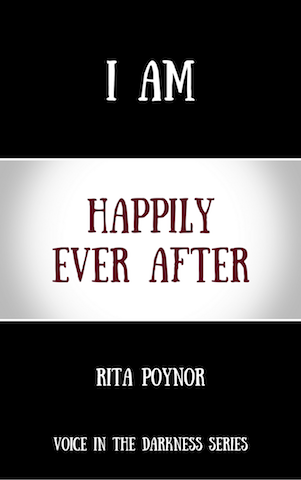 In a kingdom of incredible beauty and darkness lived a beautiful young maiden. Although estranged from her ancestral home and orphaned at birth. Esther’s life in the kingdom of Babylon was one of love, honor and contentment.

With each passing day Esther was more convinced that Jehovah’s timing was perfect. That He had placed her in this foreign kingdom for such a time as this.

Amidst the opulent grandeur of the palace, Esther reminisced. Many years had passed since anyone had called her by her Hebraic name, Hadassah. As a child she had thought it strange to be named after a shrub. But now as an adult she was honored to be known as Hadassah— myrtle— sacred.

The Feast of Tabernacles and life’s milestones— circumcision, marriage and death all required myrtle for adornment purposes. It was believed to represent Jehovah. It was also used as incense to dispel the putrid smell of evil.

Even the Babylonians valued myrtle for its aromatic smell. A smell so exquisite that the scent of a rose paled in comparison.

Where would she be today if her cousin Mordecai had not come to her rescue? Although a cousin by birth, Mordecai was her father whom she deeply loved. It was in his home that she experienced both divine and human faithfulness and love.

After coming to live with her uncle, Mordecai wisely renamed her. Astutely choosing a Babylonian name that had astrological significance.

Astrology was intricately interwoven into the lives of the Babylonians. They believed they were at the mercy of the gods and goddesses whose celestial homes were the sun, moon, planets and stars.

Whose behavior at times was abusive, arbitrary and erratic. Demanding one’s attention and respect.

Thus, her name was one befitting a Babylonian queen. She was the “star” of the kingdom.

As a child she often imagined what her life would have been like if she had not been born in Babylon. To be able to celebrate one’s ancestry without fear of repercussions. To live in a community of believers who worshipped Jehovah openly and boldly. To live as a Jew, not as a Babylonian.

With Mordecai’s guidance, she had learned how to live in Babylonian society without compromising her spirituality. Remaining faithful to the God of the Hebrews, Jehovah. His commandments governed her life, and because of this His light shone forth from her.

Not only was she physically beautiful. She also possessed a gracious spirit and personality. Her humility, self-control and courage shone forth like a star. Garnering the admiration of both Jews and Babylonians.

Only now in retrospect could she fully appreciate Jehovah’s providence. How else do you explain her rise from invisibility to world prominence? Once the king’s subject, she was now his wife.

Mordecai’s position in the palace provided him with first hand knowledge of Ahasuerus, the king of Persia. Which she wisely used in her relationship with the king.
Yes, Ahasuerus loved her deeply. But she knew he was capable of cruelty, ruthlessness, anger and egocentrism.

Like Esther you may come from what the world defines as humble beginnings— a nobody. But you too can become someone of importance in the Kingdom of God because the grace of God has appeared. Bringing salvation to all people. It educates us. So that we can live sensible, ethical and godly lives right now by rejecting ungodly lives and the desires of this world.

At the same time we wait for the blessed hope and the glorious appearance of our great God and Savior, Jesus Christ. He gave Himself for us. In order to rescue us from every kind of lawless behavior and cleanse a special people for Himself. Who are eager to do good actions. Titus 2:11-14

Actions that have eternal rewards.

Who amongst us does not want to rule like a king or queen? Reigning with the authority that garners the respect of others and intimidates our enemies.

As a disciple of Christ this is your inheritance. But until you willingly submit to the Lord’s sovereignty and obey His commands. You will never operate in the authority that transforms you, others and the culture.

Is the Lord my King and Master?

Do I honor His authority by obeying His precepts and His commands?

Is the Lord the primary focus of my life?

(Excerpt from I AM Happily Ever After)

I AM Happily Ever After e-book

I AM Happily Ever After pdf