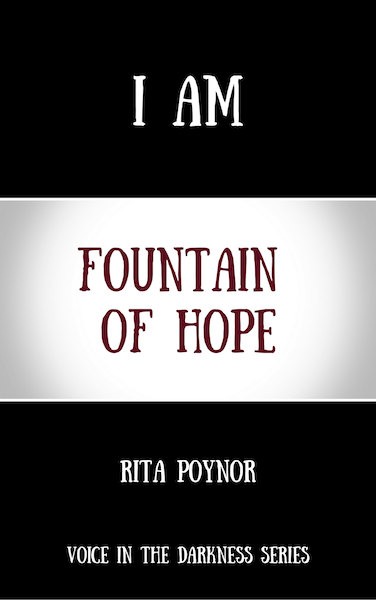 The Lord is not a god of the past. He is the great I AM. It is His delight to reveal the mysteries of the Kingdom to revolutionaries. Individuals who unconditionally trust Him, not man.

Although a slave by birth, Joshua’s words and actions were those of a revolutionary. He unequivocally believed that with God nothing is impossible. That God is faithful and never forsakes His chosen.

Second in command to Moses, Joshua accompanied Moses whenever he went to meet with the Lord. This nurtured Joshua’s personal relationship with the Lord. Increasing his faith in the Lord’s trustworthiness. Preparing him for his Kingdom destiny.

Joshua, not Moses, would lead the children of Israel into the land promised to their forefathers.

Today’s believer must have this same revolutionary mindset as Joshua. Why?

What is a revolutionary mindset?

Scripture is your life’s compass.

Willing to fight until the victory is yours.

Stepping out of your comfort zone into the territory of the unknown.

Standing in the gap for those rejected by society or religion.

Defending and enlarging the Kingdom, no matter the cost.

Unless you allow the Lord to sanctify— renew your mind. Your perception and knowledge of the Kingdom will remain flawed, ineffectual and irrelevant.

You are not to live any longer like other people in the world. Their minds are set on worthless things. They can’t understand because they are in the dark. They are excluded from the life that God approves of because of their ignorance and stubbornness. Ephesians 4:17-18

A life that glorifies Papa by trusting and accepting His righteousness as truth.

Trusting Papa frees you from the shackles of worldly desires and attitudes. This freedom allows you to confidently pursue your Kingdom destiny.

Knowing the Lord has promised never to leave or forsake you. Disciples of Christ tackle whatever the Lord commands. Even if it seems impossible or is unfamiliar.

Do not foolishly think satan will raise a white flag of surrender just because you are a child of God. He hates you as much as he hates Papa. Your only hope in this battle for your soul is to surrender to God’s Lordship.

This unconditional surrender unleashes the Lord’s miraculous power on your behalf. Just as it did with Joshua.

Power that collapsed the walls around an impenetrable city.

Power that made hailstones more deadly than swords.

Power that made time stand still.

Yes, the sun stood still, and the moon stopped. Until the nation avenged themselves of their enemies.

Is it not written in the book of Jashar? “And the sun stopped in the middle of the sky and did not hasten to go down for about a whole day.”

There was no day like that before it or after it. When the Lord listened to the voice of a man. For the Lord fought for Israel. Joshua 10:13-14

Like Joshua your trust and obedience must be unwavering,. You must be willing to fight until the victory is yours. You have an enemy— satan. He will do whatever is necessary to destroy you.

Unless you are ruthless when it comes to sin. The Lord will not come to your defense.

This is why the Lord commanded Joshua to obliterate entire nations from the face of the earth. He knew if these sinful people were allowed to live and intermingle with the Israelites. His children would be compromised by sin and would no longer obey His commandments.

As you cross over into your promise land— your destiny. Remember these words of Joshua.

Now you must be very strong to keep and to do everything written in the Book of Moses Teachings. Don’t turn away from them. Don’t get mixed up with the nations left in your territory. Don’t ever mention the names of their gods or swear an oath to them. Don’t ever serve their gods or bow down to them. You must be loyal to the Lord your God as you have been until now.

The Lord has forced important and powerful nations out of your way. Not one person has ever been able to stand up to you. One of you used to chase a thousand. That was because the Lord your God was fighting for you as He had promised you. Be very careful to love the Lord your God.

But if you turn away and go along with the other nations within your borders. If you intermarry with them or associate with them. Then you should know that the Lord your God will never again force these people out of your way. Instead, they will be a snare and a trap for you. A whip laid to your sides and thorns in your eyes. Until none of you are left in this good land that the Lord your God has given you.

In the same way, the Lord will bring about every evil curse. Until He has destroyed you from this good land that He has given you.

When you ignore the conditions placed on you by the Lord your God and follow other gods. Serve them and bow down to them. The Lord will be angry with you. Then you will quickly disappear from the good land He has given you.  Joshua 23:3-16

The Lord has given the Church a mandate to persevere until His earthly return. To earnestly and passionately teach and live the good news of the Kingdom— the Gospel.

Disciples of Christ are the salt of the earth. But if the salt loses its flavor, how shall it be seasoned? It is then good for nothing but to be thrown out and trampled underfoot by men. Matthew 5:13

You cannot live a life of compromise. No servant is able to serve two masters. For either he will hate the one and love the other, or he will stand by and be devoted to the one and despise the other. You cannot serve God and mammon, riches or anything in which you trust and on which you rely. Luke 16:13

You can have only one Master— one Lord. Jesus.

From the moment we take our first breath. We continually strive for autonomy—independence.

Erroneously believing we have the wisdom to live a life of significance.

To not allow others or circumstances to control us.

What has or is imprisoning you?

What can you do to escape your prison?

(Excerpt from I AM Fountain of Hope)

I AM Fountain of Hope e-book

I AM Fountain of Hope pdf