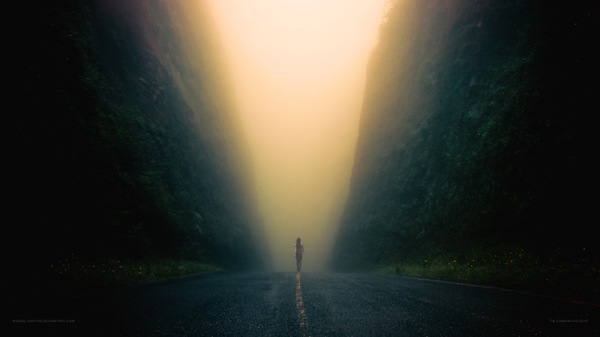 Why will people go to others funeral to honor them but ignore or take them for granted while they were alive?

NOT telling them they were loved.

NOT congratulating them on their accomplishments.

NOT thanking them for their thoughtfulness, their help in time of need.

Why does it take death for us to value others?

There is a scene from the movie Hope Floats that speaks to this. Gina Rowlands’s character (mother) is speaking to Sandra Bullock’s character (daughter).

Do you think life goes on forever? That behind every chance is another one and one. It’s the worst kind of extravagance the way you spend your chances? (Hope Floats)

Like young children, we convince ourselves that life will go on forever. Somehow death will be delayed until we are ready.

But few are ever ready. Even us Christians who know we will see our Christian loved ones on the other side of eternity.

Maybe at the core of denying death’s existence until it hits us in the face is a an innate knowing.

Yes, the day will come when death will be finally abolished!

In Jerusalem the Lord of Heaven’s Armies will spread a wonderful feast for all the people of the world. It will be a delicious banquet with clear, well-aged wine and choice meat.

There He will remove the cloud of gloom— the shadow of death that hangs over the earth. He will swallow up death forever!

The Sovereign Lord will wipe away all tears. He will remove forever all insults and mockery against His land and people. Isaiah 25:6-8

But there is an order to this resurrection. Christ was raised as the first of the harvest. Then all who belong to Christ will be raised when he comes back.

After that the end will come. When He will turn the Kingdom over to God the Father. Having destroyed every ruler and authority and power.

For Christ must reign until He humbles all his enemies beneath his feet. And the last enemy to be destroyed is death.

Then when all things are under His authority. The Son will put Himself under God’s authority. So that God, who gave His Son authority over all things. Will be utterly supreme over everything everywhere.

But let me reveal to you a wonderful secret. We will not all die, but we will all be transformed! It will happen in a moment. In the blink of an eye when the last trumpet is blown.

For when the trumpet sounds. Those who have died will be raised to live forever. And we who are living will also be transformed.

Then, when our dying bodies have been transformed into bodies that will never die. This Scripture will be fulfilled:

For sin is the sting that results in death, and the law gives sin its power. But thank God! He gives us victory over sin and death through our Lord Jesus Christ. 1 Corinthians 15:23-28 and 51-57

The day is quickly approaching. When every human being who has ever lived will witness what the Disciple John did in his vision of the end of this age.

And I saw a great white throne, and Him who was seated upon it. From whose presence earth and heaven fled away, and no place was found for them. For this heaven and earth are passing away.

And I saw the dead, the great and the small standing before the throne, and books were opened. Then another book was opened. Which is the Book of Life, and the dead were judged according to what they had done as written in the books. That is everything done while on earth.

Do not be extravagant. Wasteful with the God designed opportunities to honor individuals while they live.

More importantly, do not be extravagant. Wasteful with the God designed opportunities to honor God.

There is no guarantee there will be a tomorrow.

2 thoughts on “The Tomorrow That Never Was”