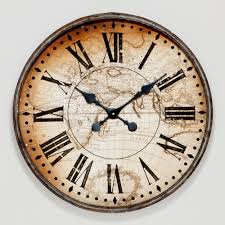 “As you have confirmed in your blog, Satan and his many agents such as I are winning the war against your religion.”

I had a choice. Delete the comment or respond. I did neither. Knowing I was to wait until I heard from the Lord.

During my time with the Lord Thursday morning, I was given my answer.

“Exactly as it was foretold by the Apostle Paul.

In the last days there will be very difficult times. For people will love only themselves and their money. They will be boastful and proud, scoffing at God, disobedient to their parents and ungrateful. They will consider nothing sacred. They will be unloving and unforgiving. They will slander others and have no self-control. They will be cruel and hate what is good. They will betray their friends, be reckless, be puffed up with pride and love pleasure rather than God. They will act religious, but they will reject the power that could make them godly. 2 Timothy 3:1-9

But that’s not the end of the story.

Christ tells us that in the final rebellion. When the thousand years are completed. Satan will be released from his prison— the abyss and will come out to deceive and mislead the nations. Which are in the four corners of the earth. Including Gog and Magog, to gather them together for the war.

Their number is like the sand of the seashore. And they swarmed up over the broad plain of the earth and surrounded the camp of the saints— God’s people and the beloved city— Jerusalem. But fire came down from heaven and consumed them.

And the devil who had deceived them was hurled into the lake of fire and burning brimstone— sulfur. Where the beast—Antichrist and false prophet are also. They will be tormented day and night. Forever and ever. Revelation 20:7-10

May you change the ending of your story before it is too late.”

On this side of eternity, it is never too late to change your story! God is a loving and compassionate Father.

He does not delay as though He were unable to act, and is not slow about His promise as some count slowness. But is extraordinarily patient toward you. Not wishing for any to perish but for all to come to repentance. 2 Peter 3:9

Are there changes you need to make today?

More obedient? So the revolutionary power of the Gospel can transform you. Not merely modify your behavior but change your heart.

More intentional on becoming the person God created you to be?

More determined to exit the wilderness of unbelief and unrepentance?

More willing to co-labor with the Lord in the building of His Kingdom here on earth, not yours?

Be encouraged! The Lord is willing to take your hand and guide you. All you need to do is reach out for His.

2 thoughts on “It Is Never Too Late”