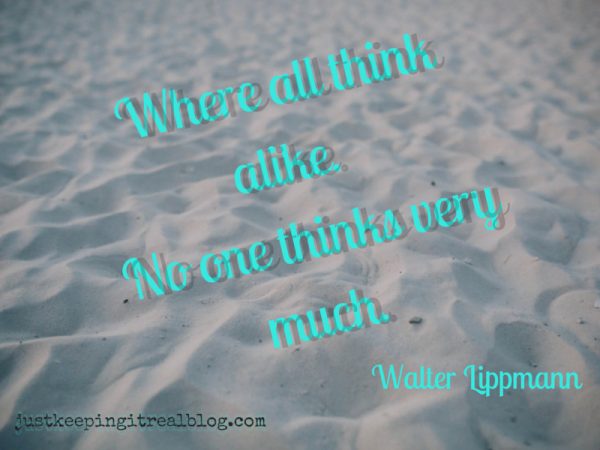 Being a nonconformist is not easy. Especially for us Christians. Checking your brain at the door of a church is many times a prerequisite for acceptance. Something not only unbelievers have difficulty doing but also me.

In many Christian circles questioning leadership is taboo. Confronting sin among fellow believers is none of your business. Challenging paradigms presented as God’s truth. Which in effect are opinions and generalizations is spiritual suicide. Yes, Pharisees are alive and well today in the American Church, and for us John the Baptist type they are a perpetual thorn in our sides.

John the Baptist refused to place religious leaders on a pedestal. So when he realized that Pharisees and Sadducees were attending baptismal experiences because it was becoming popular. He exploded.

“If you think that simply hopping in the Jordan will cleanse you. Then you are sorely mistaken. Your life must bear the fruits of turning toward righteousness. Nor are you correct if you think that being descended from Abraham is enough to make you holy and right with God. Yes, the children of Abraham are God’s chosen children, but God can adopt as daughters and sons anyone He likes. He can turn these stones into sons if He likes.”

John’s no holds barred attacks on unjust and unholy political and religious leaders did not endear him to those in authority. However, he did attract the attention of those searching for truth. Individuals who were spiritually starving.

For more than four hundred years God had been silent. Religious leaders no longer imparted divine revelations, only rules and regulations. The absence of anointed prophets had left God’s children desperate for divine guidance and intervention.

Like the people in the days of John the Baptist, many in the Church today are starving because the Truth of Jesus is not being taught. Truth that

Today I salute my fellow John the Baptists. Keep up the good fight of faith!

Be a voice and “clear the way through the wilderness for the Lord! Make a straight highway through the wasteland for our God! Fill in the valleys and level the mountains and hills. Straighten the curves and smooth out the rough places. Then the glory of the Lord will be revealed, and all people will see it together.”

2 thoughts on “A Fight to the Distance”