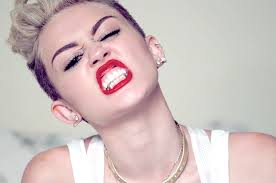 I believe the uproar revolving around Miley Cyrus’s performance at the VMA awards has less to do with her performance and more to do with what it says about American culture. If innocence and goodness must be sacrificed on the altar of fame and fortune. So be it.

Anyone whose children or grandchildren were born in this century know whom Miley Cyrus is, 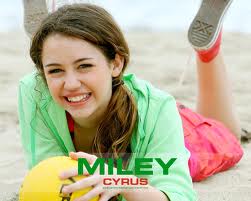 or should I say was. Hannah Montana, aka Miley Cyrus was idolized by millions of young girls because of what she symbolized— the all American girl. Hannah Montana stood by her friends through thick and thin. She was witty, intelligent, loving and didn’t use her sexuality to garner attention. Hannah Montana knew who she was and refused to allow anyone or anything to destroy that.

What we witnessed on stage Sunday certainly wasn’t Hannah Montana— the personification of what once was good in America. Instead, it was a caricature of all that 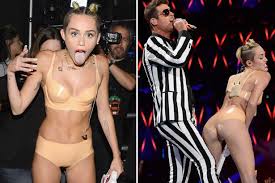 is ugly about today’s America. An America where women are sexualized more than ever. Where image— outlandish behavior and sexual escapades have replaced talent. Where self-righteousness… self-centeredness… self-importance… self-interest… self-preservation take precedence and to hell with anyone who gets in my way or disagrees with me.

Yes, Sunday we witnessed the ugliness that is prevalent in American culture. But it doesn’t have to be the final act. If both Miley and America will return to their roots— Jesus, then bravos not boos will be heard throughout the land.